Whether it's work, family, faith or fiction… BIG IDEAS hide in little stories.

So, Last Jedi? Yeah, that was precisely the film I wanted. I feel quite fortunate to belong to a generation that not only got Mark Hamill’s Luke Skywalker as a childhood hero, but also got to age along with the character in real-time to see the end of his hero’s journey.
Star Wars isn’t an explicitly religious allegory, like C.S. Lewis’ Chronicles of Narnia. However, if you are religious-not-spiritual, it gives you a lot to think and talk about. As a juvenile Christian growing up through the 1970s and 1980s, the nonsectarian Force was helpful shorthand to discuss the religious life with friends of other faiths or none at all without being dismissed out of hand. Now as an adult, I get an unusual opportunity to see the same character – played by the same actor – explore the final arc of his hero’s story as the elder to a new generation. Offhand, I can’t think of anything like that happening before in any story in any medium.
Despite that, American fanboys are sharply divided, many slapping it down hard out of a sense of betrayal by Luke’s last stand. Danny Anderson’s excellent Sectarian Review podcast recently explored the depths of this arguably toxic fanboy culture. I want to go a step further and look at that misunderstanding explicitly through the eyes of the faith that Star Wars helped shape for me.
This is probably my favorite Star Wars ever filmed, second only to Empire Strikes Back. Despite it’s inherent flaws as a film, it succeeds in large part due to the formalism and structure of its storytelling, crafted to fit a specific piece into a larger, nine-part whole. Mike Klimo’s impressive Star Wars Ring Theory talks about how that structure shapes the themes, characters, and physical settings across each cycle of three films, so that each mirrors the others while inverting them in what’s called a stochastic story structure.
Put simply, Lucas always said that in his outline, the films “rhyme” across each trilogy. Even though he’s not directly involved anymore, you can tell the current team at Disney is paying close attention to that secret formula. Consider the following as you compare the first two films of the original trilogy (Star Wars and Empire Strikes Back) to their counterparts in the new sequel trilogy (Force Awakens and Last Jedi): 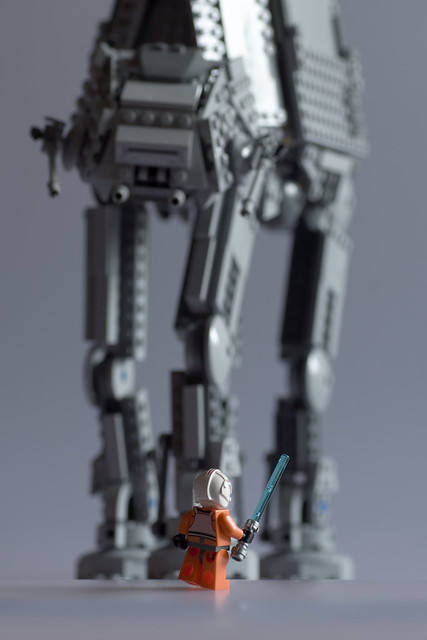 To really cement the stochastic structure, Ep. VIII ends quoting the same visual vocabulary that began Episode V (walkers in a white landscape).
However, audiences in Trump’s America are divided, with half seeming outraged by an ending offering anything but a bombastic, heroic shootout that would see Luke single-handedly destroying the First Order battalion. I don’t understand such fans. This was set up to be a no-win scenario, with the heroes backed into a corner. The point of that in storytelling isn’t to win anyway, but to give the hero a chance to distract the villain so others can escape. We’re such a cowboy culture now. Is there no longer any room in our heart and memory for the noble ending of Shane? Remember, above all else Star Wars was a Western in space. It couldn’t end any other way.
Especially since Luke’s story had to “rhyme” with Obi Wan’s from the prequel trilogy, inverting it. In his own prequel trilogy, Obi Wan failed his student and best friend, exiling himself for that mistake and looking for a way to undo it. Then as the chastened elder in the original 1977 trilogy, he famously chose to let Vader kill him. He sacrificed himself to buy his friends time to escape, trusting the Force would work through his death to do what he alone could not: turn his student Anakin/Darth Vader back from the Dark Side.
Now, precisely forty years later, we see that Luke too failed his sister and nephew, and exiled himself for that failure. Fittingly for the middle chapter in this new trilogy, he mirrors Yoda’s character from Empire but, ultimately, in his arc he pulls an Obi-Wan. Dialing it up to eleven, he gives away the last of himself, trusting it would both buy his friends the time they needed to escape and open a way for the Force to work for his nephew’s redemption.
Anyone who seriously expected Luke to go out in a triumphant blaze of glory doesn’t understand what Star Wars has had to say about power and faith since the beginning. Perhaps the highest praise I can give this films is that I went in expecting a noble sacrifice that would leave me in tears, but left dry-eyed and content saying, “No. This is as it should be.”

More than Rey’s still unexplained natural Force ability, I’m really interested in what it means that Luke is so ridiculously powerful in the Force. We’ve seen Force visions before. We’ve seen the Force ghosts of dead Jedi speaking from beyond the grave. But we haven’t seen living Jedi bilocate in the Force. That’s a level of “holiness” reminiscent of various Christian saints. In this film, we see that Luke is now so strong in the Force, he not only convinces Kylo Ren that he’s a living opponent, but also his Force-sensitive twin sister. Even C-3PO can see and hear him, and droids have never before been Force-sensitive in a Star Wars film. In the religious hagiography of our real world, bilocation is typically reported as a charismatic gift of living saints. The decidedly Jedi-like Saint Padre Pio of Pietrelcina comes to mind as one modern example.
Why is this important? Because of the coda with the stable boy at the end. How could he possibly know what happened at that final battle on Crait? He couldn’t. Not unless someone told him. But who?
The clear implication is that, one now with the Force, Luke is organizing his own school of new Jedi, training them and passing on oral teaching from beyond the grave. It’s a direct nod to the stories of the Risen Jesus instructing his followers and training them in the Holy Spirit AFTER his death and Resurrection from the final chapters of the Gospels of John… and Luke.

One thought on “The Gospel of the Last Jedi”

The story so far

© Christopher W. Buckley and StoryWiseGuy, 2010-2021. Unauthorized use and/or duplication of this material without express and written permission from this blog’s author and/or owner is strictly prohibited. Excerpts and links may be used, provided that full and clear credit is given to Christopher W. Buckley and StoryWiseGuy with appropriate and specific direction to the original content.